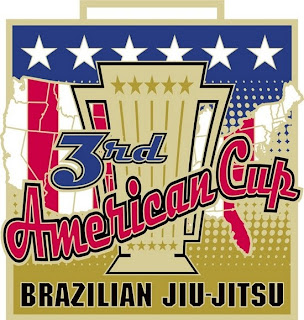 The hour is late, and I'm quickly running out of steam. Today is what you would call a very full day.

We spent most of the day at the 3rd American Cup Brazilian Jiu-Jitsu Tournament, which was held about an hour south of here. It was my son Dante's first foray into competition. He has been doing extremely well at school and at home since moving home from his residential treatment program. I couldn't be prouder. As I have mentioned here before, he chose to start participating in jiu jitsu training about two months ago. It has become quite a passion for him, and one that he is very good at.

Recently my son approached me about his desire to compete. I was a bit concerned, as he is very new to the sport, and I didn't want him to jumping into this too soon. I recognize that as a parent, I want my kids to feel successful. Part of me wants to be very protective, and shield them from any kind of disappointment. For Dante, I am always concerned that he might have a negative experience, get disillusioned and want to quit. But, I have to remember that he is not a young kid anymore. He is a 16 year old young man. If he feels ready to take on this type of challenge, then I need to put aside my own fears, and give him my support.

Watching him today was really eye opening. He navigated the extremely high energy event with such ease. He interacted with many of the competitors as if he had been in the sport for years. And although he did look to me for ongoing recognition that he would do fine, he managed primarily on his own. Before his match, he expressed how nervous he was, but he had the support of all the older guys from his team. By the end of the day he found himself standing up on the podium, sharing 3rd place with another competitor. He was beaming with pride.

All of this, and I couldn't help but reflect on the difficult challenges he has faced over the years with his emotional difficulties. No one in that gym today would ever understand what it meant for him to not only be present in the gym, but to have a team of peers, and to be presented with a bronze medal.

I have said in the past, that although we parents teach our children many lessons, they in turn teach us as well. I have learned today that no matter what challenges I have had to face, and will continue to face, if I believe in myself, I can overcome each of them. It won't always be easy, and there will likely be plenty of disappointments. Yet, I must believe that there will be many new opportunities in the future. There are likely many opportunities that I have yet to envision. For now, I must look to a future that may not be what I previously planned on, but one in which unexpected joy can come my way.
Posted by Dan at 10:49 PM