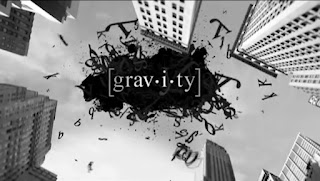 Isaac Newton defined gravity as a force -- one that attracts all objects to all other objects.

For the last couple of nights I have been watching a series on the Starz Channel. The series is called "Gravity." It is what can be described as a quirky 'dramedy'. The story centers around a support group for people to have attempted suicide. The group brings together people who never would have likely met, but who have this one experience in common.

What caught my initial interest with the series, apart from the good looks of the lead male character, was the back story for this character. He is a young doctor, who's wife died of ovarian cancer a few years prior. He has struggled with his attempts to move on with his life, and feels the pressure of those around him to see him move on. In the story he can no longer deal with his pain, so he attempts to drive off a cliff, so that he can at least be with his wife in death.

It wasn't that long ago that I found myself contemplating this very thing. I was feeling so miserably in pain with the loss of my spouse, Michael, that I didn't feel like there was enough of a reason to go on. I'm fairly certain that I am here writing this today, solely because I have my children, and didn't want to leave them without a parent. But in all honesty I have to admit that I played out various ways I could end my life. This is something that people don't usually want to admit, and certainly not something others usually want to hear about, but my purpose here is to be completely honest, be real.

I used to think that only those that lost their minds would seriously contemplate such a thing. Now I know that there are many reasons why someone would do take such action, and that it is never as simple as we want to make it. Some of us suffer from clinical depression, which can be brought on by many factors. Some of us take medication for this, some of us seek out support. However we come to experience these thoughts, or however we go about finding a way to get through them, I believe the best way to address this is honestly. 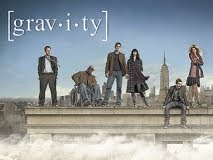 In the series, the cast of characters have to struggle to maintain a sense of feeling grounded. They learn to depend on each other, and to take responsibility for each other. If someone in the group is not present, or not doing well, the other's are asked to look out for that person, and make sure they know that person doesn't feel alone. Of course we can't always be found when we are at those deep moments of pain. Sometimes it comes along at unexpected times, and we have to draw strength from our own personal experiences to get through them.

As you read in yesterday's post, I had a good day, and was feeling quite at peace with the world. But something happened after watching a few of these episodes last night. I found myself very intrigued by the lead widowed character. I was watching his every move, and trying to find familiarity in the way he spoke and moved through his world. I wanted to see what his face looked like when he was once again feeling the pain of his loss. I think this was because while I write, and read about being widowed everyday, and interact with other widow(er)s online, I rarely have the opportunity to see another widower's expressions, or how they carry themselves. That in-person reflection is missing from my life right now. I often wonder how I appear as I move through my grief.

At the end of the night, I turned off the television, and headed down to my bedroom. I was feeling good. I had just spent a nice relaxing evening watching television, and was going to get to bed relatively early for a change. As I climbed into my bed the wave of grief hit me with such a strong force, that it took me by surprise. Almost immediately I began bawling my eyes out. I mean the deep heaving kind of crying. I was doubled over in pain, in a way that I haven't experienced for some time now. This went on for quite some time. Occasionally I tried to stop it, and would sit up, and take some very deep breaths. As soon as I thought I was better it would hit me all over again. It was like being caught in an extremely volatile storm.

Eventually I felt a calm rise up from within me. I got up to wash my face, then laid back in bed. I laid there just listening to my own breathing, and tried to bring back a sense of peace within. After a few minutes I had returned to that calm and peaceful place. I closed my eyes, and slept.

Once again, I felt grounded.