The Spy Who Loved Me. 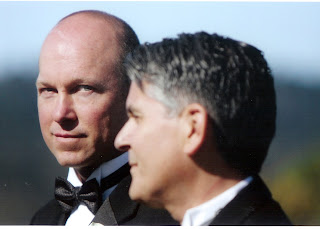 This evening the boys and I went out to dinner. After cooking for two days in a row with family, I was ready for a good old fashion dinner out at a restaurant. There is nothing like it.


We went into Old Town, which we often drive by, but never actually take the turn off to. It is a little tourist area that has some historical importance I'm sure, but mostly a little taste Mexico, with lots of street vendors selling souvenirs at astronomical prices. It was actually kind of cute, and gave us something new to do. They boys and I were commenting on how we have always lived in tourist areas, so being among tourists, but not necessarily one of them, was a familiar feeling.


We settled into a busy Mexican restaurant, and ordered our drinks and food. Some mariachis came by the table to ask if we would like to make a request. I said no thank you, but then joked as they left that I should have asked for a nice good luck starting the new school year song. After they left I began singing along to the song that was playing in the background in Spanish. My son Dante looked up to me and asked what the song was about. I told him I didn't know, which seemed to confuse him. "How can you sing the song without knowing that the words mean?" I said that if they were written down I might be able to tell him, but in song I get lost in the feeling, and rarely really think about what the translation actually is. He then turned back to me to ask if Mike knew Spanish. (Michael was Mike to everyone else except him mother and to me.) I explained to Dante that no, Michael didn't speak Spanish.


But he knew all those other languages, are you sure he didn't know Spanish?


"Have you ever wondered if Mike worked for the CIA?"


What? Why would you ask that?


"Well, he spoke so many languages, lived in so many countries, worked for the government, and knew people all over the world. Are you suspicious?"


At this point I'm having a bit of fun here. Well Dante, if he did work for the CIA I wouldn't be able to tell you, right?


"That's right. But because you were married, he would probably trust you. Right Dad? He could trust you more than anything or anyone."


Yes Dante, he could trust me with everything. And let me tell you Dante, Michael was many wonderful things, and I will to continue to hold on to his many secrets. You know, I did come across many copies of his passport.


Kids need their heroes. They need a sense of adventure to their lives. People often comment about the dead becoming bigger than life postmortem. It's true, we tend to put our deceased loved one's up on a pedestal, and quite often forget about some of their prior annoying human qualities. But do we really need to challenge these thoughts and ideas? What's wrong with giving our loved one's some mysterious, or mythical, nuance to their time here on earth. When they leave us in death they can feel so far away. Yes, at times they can also feel so near us, but in general we are constantly trying to understand, and incorporate into our thinking, where exactly they are, what they have become, and how do we now relate to them.


For my kids the urban legend that is Michael Lowrie has begun. He was a quiet, smart, and well traveled man. He loved the good life. He liked to collect nice things. This gave him an air of sophistication, and to the kids, an other worldliness. And perhaps deep in their imaginations, he is still out there, secretly working behind the scenes to keep us safe and sound.